We saw the continuation of the equities rally in February and this was driven by similar factors as in January. This was due to the optimism in the market as more people get vaccinated, fiscal stimulus from the US government as well as the Fed chairman stating that they will be keep interest rates low in order to support economic recovery. However, as the month was heading for the end we saw turbulence in the market because of the increase in bond yields (bond yields move inversely to bond prices); the 10-year Treasury yield has increased from 1.2% to just below 1.6% which is a pretty steep move.

The rotation from growth technology stocks, which did very well in 2020, into value stocks was spurred by the increase in rates. The rising yields shows that the market is optimistic due to the stronger economic data. Value stocks are expected to benefit from the reopening of the global economy. During the month we saw that economically sensitive stocks like industrials and financials performed well. The fund’s best performers was the US Global Jets eft which was up 22.1%, Nova Measuring Instruments up 20.6% and PRA Health Sciences up 19.6%. The Jets etf (which is an etf for the global airline industry) performed well as the market is optimistic that the airline sector will start to recover as air traffic comes back when the global economy starts reopening; meaning more people will start to travel.

PRA’s shares increased after it was announced that Icon will acquire the company for $12bn. Worst performers for the month was Sunrun which was down 16.7%, Genmab down 15.6% and Xiaomi down 13.4%. Sunrun, like its peers in the solar energy sector, was impacted by the increase in yields but the fundamentals of this stock are still intact and there was no company news driving the stock down. Xiaomi’s share price hasn’t performed well for the year but we are still long the stock because of the fundamentals. The stock went up during the month after rumours that its planning to launch an electric vehicle in China but declined again after management stated that they would pause this for the time being.

The portfolio is still diversified and the overall risk metrics of the funds have improved. Correlation to MSCI World Index has continued to declined and is now 0.13. The portfolio skewness has improved again from -0.824 to -0.804, while the kurtosis has lowered from 2.81 to 2.51. This is good for the risk averse investors as it means that the probability of receiving negative returns from the fund has been reduced. The portfolio’s beta has declined from 0.096 to 0.092 which is still very low, showing that the fund is less volatile than the market making it less risky during downturns. Standard deviation has increased but it is lower than the index, the fund’s standard deviation is 22.3% while the index deviation is 28.8%, showing that our fund is still less risky. The increase in equities over the past few months has reduced the unsystematic risk of the portfolio and we will continue to optimise the portfolio through using correlation as one of our techniques.

In terms of trading activity, we’ve continued to be more aggressive in our equity allocation as we’ve increased its exposure in the fund. Overall, we’ve decreased our position in tech equities as we believe that we are currently in a rotation from growth to value. However, in the long-term we still expect tech growth stocks to outperform value stocks. We’ve decreased our exposure in property then used the proceeds to buy companies which have higher conviction in terms of fundamentals. We’ve also increased our exposure in equities which we believe will benefit from the global economy reopening. 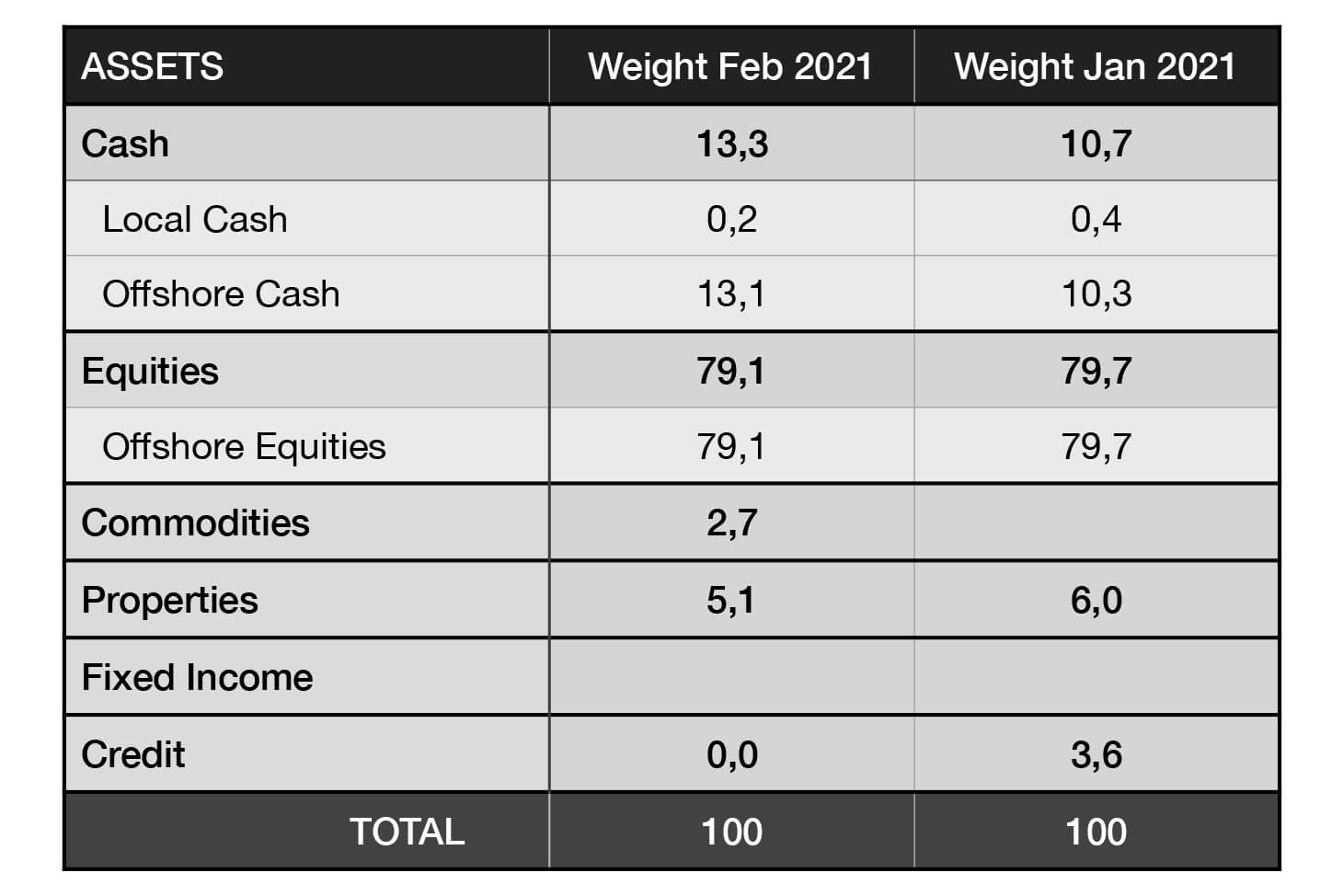 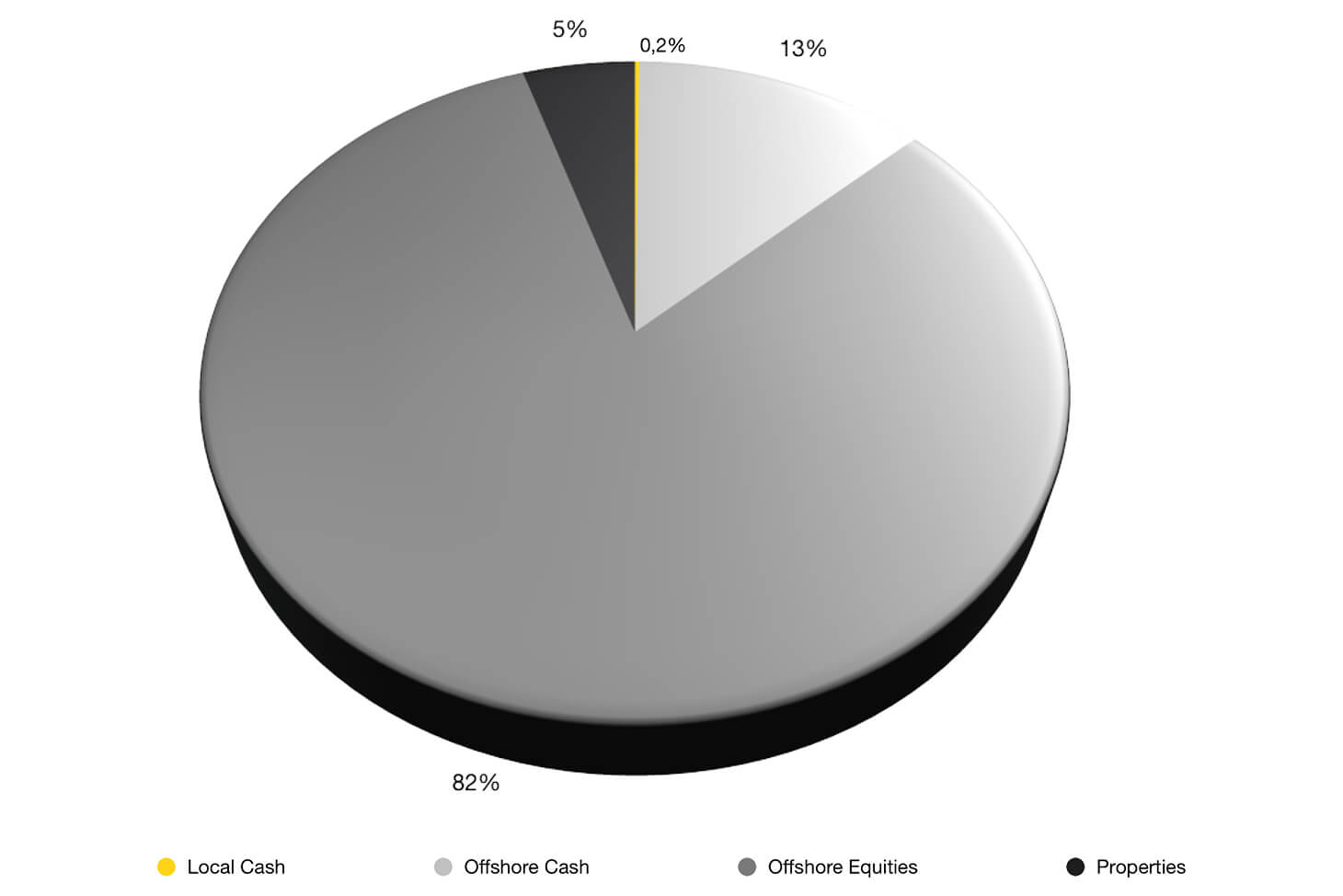