Bill Maher makes his living as a comedian and political commentator. But like many others, he’s been drawn into the frenzied debate around cryptocurrency. How does he see it?

“It’s like Tinkerbell’s light. Its power source is based solely on enough children believing in it.”

Not pulling any punches, then.

While his anti-crypto monologue did carry the hubris and snark typical of an American talk show host, he did make a fair point; there’s something not quite right about spending vast amounts of energy (more than Google, Facebook, Microsoft, Netflix and Apple combined) to create hundreds of billions of dollars of virtual wealth with no product/service to show for it.

Currency is a belief system

In her article, ‘The true cost of make-believe money’, Lionel Shriver sympathises with Maher’s view. She herself has used the ‘Tinkerbell’ analogy to explain traditional currencies:

Currency is a belief system. It maintains its value the way Tinkerbell is kept aloft by children believing in fairies in Peter Pan.”

In her 2017 novel, The Mandibles: A Family, 2029-2047, Shriver’s fictional economics professor followed a similar train of thought when he said,

“Money is emotional. Because all value is subjective, money is worth what people feel it’s worth. They accept it in exchange for goods and services because they have faith in it. Economics is closer to religion than science.”

And this is what makes trading in Bitcoin dangerous.

Towards the end of 2019, Luno’s CEO commented that 90% of Bitcoin usage is for the purpose of speculation. Sure, that dynamic may have lessened somewhat as more people come to accept BTC as a form of payment.

But it’s nowhere near garnering the magnitude of belief needed to make it a true currency. You just have to look at its volatility for proof of underlying doubt.

What we may have discovered is the possibility of technological innovation leading the way in financial services and product development, but it remains too early to say that the benefit of this innovation is defined by cryptocurrencies.

Having said that, the train’s not stopping, so how might belief be improved?

The May 8th edition of the Economist delves into the efforts that governments are making to mitigate against a world where they lose control over how money is created and used. To be sure, their innovation is reactionary, spurred by the ‘decentralisation’ of finance around them.

Dubbed ‘Govcoins’, the likes of an e-dollar, e-yuan and e-euro are all in the works to keep governments in the game. Over 50 countries have started down this road.

In theory, this system would involve users making deposits directly with central banks in return for digital currencies or coins backed by the government. Holders could then transact using the ‘plumbing’ of the central bank, negating the need for a credit card.

That would make payments faster and cheaper, resulting in a more inclusive global financial system – ignoring geopolitics for now, of course.

Compared to the existing cryptocurrencies in circulation, govcoins would also be a more stable store of value given their state guarantee and this would make them more widely accepted as a means of payment.


The danger is that conventional lenders (read ‘banks’) could then see their deposits dry up, forcing them to look elsewhere for the capital they need to hold in order to lend. Or worse, it might render their traditional lending role obsolete.

In addition, if everyone deposited their money with the central bank, this would give it a level of control and influence that normally doesn’t end well.

But govcoins are a long way from the mainstream. China is probably furthest down the road because it doesn’t face the same political nuances that the West would need to navigate.

Will these government-backed coins win over enough ‘children’ to be seen as enduringly valuable? On balance, they look more believable than Bitcoin. 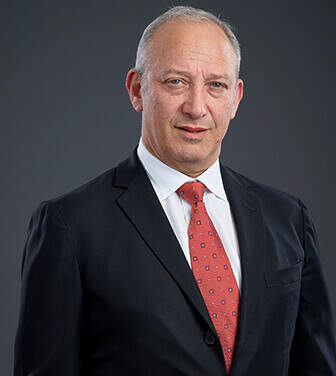 He successfully founded and has led a number of regulated companies in South Africa and the UK, many of which are included in the Johannesburg Stock Exchange, international mutual funds and global asset management companies.